News from the labs
Anisotropic Relaxation Dynamics in a Dipolar Fermi Gas Driven Out of Equilibrium
We report on the observation of a large anisotropy in the rethermalization dynamics of an ultracold dipolar Fermi gas driven out of equilibrium. Our system consists of an ultracold sample of strongly magnetic Er167 fermions, spin polarized in the lowest Zeeman sublevel. In this system, elastic collisions arise purely from
Keep Reading ...
Observation of Fermi surface deformation in a dipolar quantum gas
Now in Science! In the presence of isotropic interactions, the Fermi surface of an ultracold Fermi gas is spherical. Introducing anisotropic interactions can deform it. This effect is subtle and challenging to observe experimentally. We report the observation of such a Fermi surface deformation in a degenerate dipolar Fermi gas of
Keep Reading ...
Quantum Chaos in Ultracold Collisions of Erbium
We have studied the scattering behavior of ultracold Er atoms and observed an enormous number of Fano-Feshbach scattering resonances and demonstrate high correlation in the spectra, underlying chaotic scattering between the particles. This work, now published in NATURE,  is a joint effort between our group, John L. Bohn from JILA (Boulder,
Keep Reading ...
« Previous 1 … 8 9 10 11 Next »
Group news
Simon is now Doctor of Philosophy 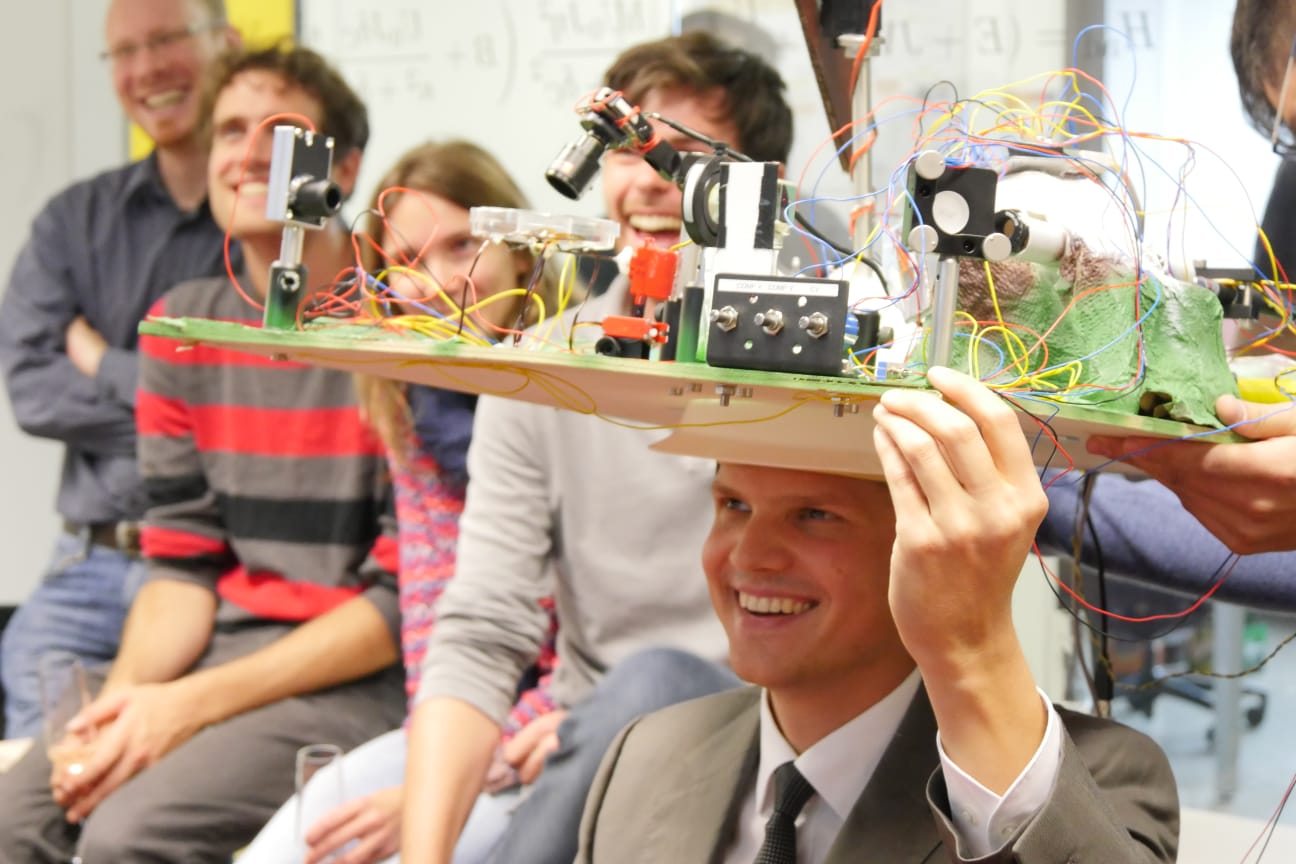 On Monday, Simon held his defense for his PhD thesis and is now officially a Doctor of Philosophy. He will carry out his research as a post-doctoral fellow in the group of Ronald Hanson at Qutech in Delft. Congratulations and good luck!
Keep Reading ...
Claudia wins Top Poster Prize at ICAP 2018 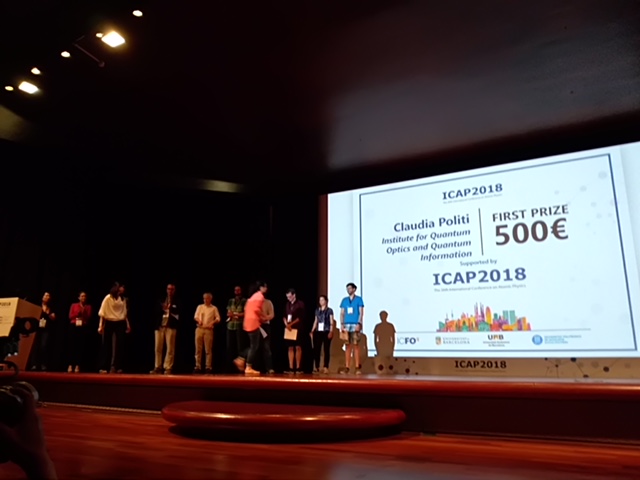 Claudia Politi, a PhD student in the RARE Lab,  has won the first prize for best poster at ICAP 2018 in Barcelona. More than 600 posters were presented during ICAP 2018. The prizes were decided by the Poster Awards Commission of ICAP 2018 presided by Prof. Fritz Haake. Congratulations Claudia!
Keep Reading ...
Max wins YAO 2018 Poster Prize

Maximilian Sohmen, PhD student in the RARE Lab,  has won the  prize for best poster of  YAO2018. Congratulations! The Young Atom Opticians (YAO) conference is a yearly meeting, organized by and for PhD candidates in the field of atomic, molecular and optical physics. This year it took place in Glasgow
Keep Reading ...
« Previous 1 … 8 9 10 11 12 … 22 Next »
Welcome and goodbye
No post found