News from the labs
Hyperfine structure of laser-cooling transitions in fermionic erbium-167
We have measured and analyzed the hyperfine structure of two lines, one at 583 nm and one at 401 nm, of the only stable fermionic isotope of atomic erbium as well as determined its isotope shift relative to the four most-abundant bosonic isotopes. Our work focuses on the J→J+1 laser
Keep Reading ...
Narrow-line magneto-optical trap for erbium
We report on the experimental realization of a robust and efficient magneto-optical trap for erbium atoms, based on a narrow cooling transition at 583 nm. We observe up to N=2×10^8 atoms at a temperature of about T=15 μK. This simple scheme provides better starting conditions for direct loading of dipole
Keep Reading ...
« Previous 1 … 15 16 17
Group news
Max joins Rare lab as a PhD-Student 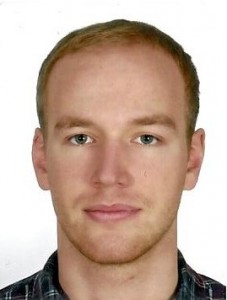 This week, Maximilian Sohmen started as a PhD student in the Rare lab. He recieved his masters degree from the university of Heidelberg under supervision of Matthias Weidemüller. For his master thesis, he moved for a full year to Cambrige to join the Group of Zoran Hadzibabic to work on
Keep Reading ...
Alex is now master of science! 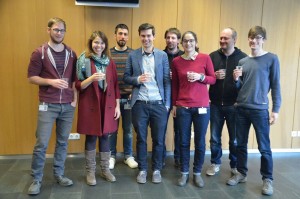 On thursday, Alex held his defense for his master thesis and is now officially a Master of Science! Congratulations! We are happy, that Alex will stay with our team and continue his work in the RARE lab as a PhD student. 🙂
Keep Reading ...
Crossover from a BEC to a macrodroplet
Keep Reading ...
« Previous 1 … 15 16 17 18 19 … 25 Next »
Welcome and goodbye
No post found